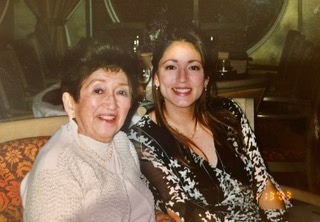 “I am a proud 4th generation Japanese American, also known as “Yonsei” in our community.

My great-grandparents were 1st generation Issei and my grandmother 2nd generation Nisei.

My family’s experiences with racism go back to when my great grandfather first came to the US. He was in Hawaii working on the pineapple and sugarcane plantations. He and other immigrants were treated very poorly and paid very little for extremely hard, back-breaking work.

Fast forward to when he married my great grandmother and moved to Washington to farm: they had difficulties with neighboring white farmers, and buyers of their produce would force them to sell their produce at unfair prices. When the bombing of Pearl Harbor happened my family was forcibly removed from their home and imprisoned at Tule Lake Internment Camp. My great grandfather had passed away before the internment, and my grandma always said they were thankful that Papa passed away because it would have broken his heart as he loved the United States. It was his home. My family didn’t know what would become of them—they had lost their home, their livelihood and their possessions. My four uncles volunteered out of the camps in hopes it would better the family’s situation, protect them, and prove their loyalty to the only home they had ever known. We were very lucky they all made it home.

Growing up I heard about camp, but it wasn’t until I was older that I realized what it really meant. By looking like the enemy my family was unjustly imprisoned. I had a hard time understanding how that could happen. How did they not protest this injustice? My grandma always said “Shikata Ga Nai,” which means “It cannot be helped” or “Nothing can be done.” I have a very strong understanding now what power the government has and what fear-based propaganda used against a race of people can do. Growing up, I saw my mother being called racial slurs, and dealt with prejudice as a kid. It’s a harsh reality and confusing. It still breaks my heart knowing what hardships and injustices my grandmother had to face along with many other Japanese Americans at that time. Despite all of it, my grandmother was still the most patriotic person I have ever known.

I will continue to share my family’s story and enlighten people who do not know about this part of our history because this isn’t being taught in our school system. I will continue to share their story of this injustice so their loss and suffering will not be in vane. Let’s stand up for those who have no voice, speak up when you see something that is not right. Let’s be each other’s advocates. After all, we are all one race—the human race.”